SANBI/NBI Partnership to Build a Pipeline for GCF Adaptation Funding 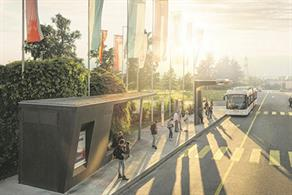 Event 1: An update on the latest climate science with Professor Bob Scholes and Professor Francois Engelbrecht

Given our vulnerability to climate change and the international challenge of agreeing appropriate ambition amongst countries, it is a strategic priority for stakeholders to work together to build the resilience of South Africa. A recent press statement by the Whitehouse reemphasised the US view of the Paris agreement, “The President announced he is pulling the United States out of the fraudulent, ineffective, and one-sided Paris Climate Accord.” If this kind of leadership persists globally, we will have to plan for a significantly different (hotter and dryer) climate in South Africa.

Please join us as we kick off our new partnership to build a pipeline for GCF Adaptation Funding for South Africa with a comprehensive update on the status of climate science with two of South Africa’s leading climate scientists.

The National Business Initiative (NBI) has been working on sustainable finance projects for several years. We have worked with public and private finance institutions, aid organisations, major international donor organisations, the World Bank and finance research organisations (like the Bertha Centre). We hear repeatedly that there isn’t a shortage of money, there are just not the right projects for funding.

This shortage of projects is particularly acute in adaptation, and even more so when considering the need for biodiversity-based adaptation. It is for this reason that the NBI is partnering with South African National Biodiversity Institute (SANBI) to develop a pipeline of adaptation and biodiversity-based adaptation projects for funding by the Green Climate Fund.  SANBI are an accredited entity for adaptation funding in South Africa and the shortage of projects locally and globally represent a significant chance to enhance our national resilience to climate change.

The NBI and SANBI are therefore launching a 3 phase project designed to help identify areas of vulnerability, areas where our member companies are working on adaptation projects already and where, through collaboration, we can scale-up these projects to enhance impact and to attract up to US$50 million from the Green Climate Fund (GCF). Phase 1 grounds us all in the latest information on the climate science, adaptation and finance. Phase 2 will look at specific project identification, and Phase 3 will shortlist to a few high promise projects with which we can approach the GCF.

The first event of phase 1 is an update of the status of the science of climate change. It has been a busy year for the IPCC.  Since the release of the 5th assessment report, that summarises all the available science, they have released a few other key reports. The October 2018 1.5-degree report looks at the differences between 1.5-degree and 2-degree world and concludes to avoid crossing critical thresholds we should aim for 1.5-degrees of warming. The special reports on climate, land and oceans, drill down to new levels of insight.

Future events in phase 1 will include the following topics:

We therefore invite you to join the NBI and SANBI for a discussion on the outputs of the latest science with some of South Africa’s leading Scientists.

Please RSVP here should you wish to attend this event.